How Not to Use Your Forklift to Buy a Candy Bar 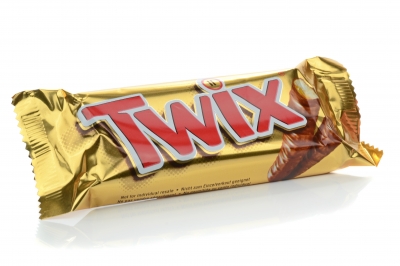 One of the top This Really Sucks stories to come out of 2014 concerned an ex-National Guard soldier in Iowa who got fired from his civilian job in a massive misunderstanding about an incident involving a forklift, a Twix bar and a vending machine. According to the former staff sergeant, he spotted a vending machine located in a hazardous spot while walking to the gentlemen’s room. His plan was to move the machine to a safer place after he came off his break.

As fate would have it, he had an ill-timed snack attack and attempted to buy a candy bar out of the errant machine. The Twix got stuck on the wire holder and didn’t drop, not even after the young veteran of both Kosovo and Afghanistan put in another dollar. A firm shake of the machine managed to dislodge the sweet treat.

Shifting the vending machine with the forklift proved to be equally complicated and frustrating. According to a witness, who assumed the worst and accused the forklift driver of misconduct, he picked up the machine and “dropped it to the ground five or six times.” The manoeuvre shook out more candy bars, which the ex-soldier was accused of stealing.

Five days later (and two days after the birth of his daughter), the guy was sacked. Because he showed, “willful disregard for his employer’s interests,” his claim for unemployment compensation was denied. He subsequently lost his girl, his daughter, and his home and wound up living with his brother.

There are two sides to every story, but since we’re all about the forklift operator, in the absence of a video account of the incident, we’re landing on the side of the young staff sergeant. What lessons can we learn from this? What could the guy have done differently? Nobody could have predicted this calamitous sequence of events. If there is a moral to this story, it is probably not a good idea to move anything with a forklift without letting anybody know. With proper training and communication of forklift use guidelines, this ex-employee would probably still have his job. Remember that this can be done with forkliftcertification.com.