What Came Before the Forklift? 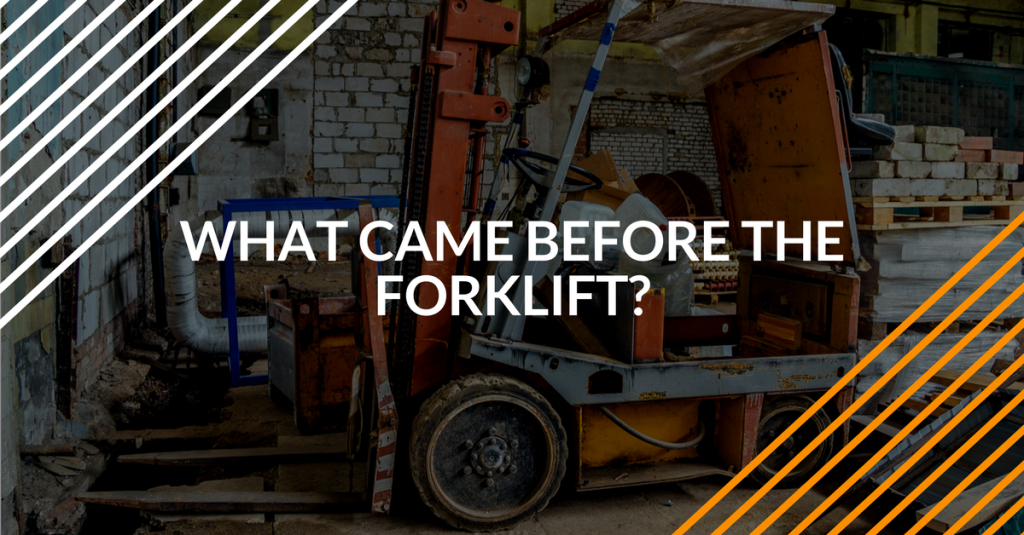 The modern warehouse wouldn’t be complete without the presence of the forklift. The forklift is key for handling materials in today’s warehouses, factories, and construction sites. They make lifting heavy loads and palettes of supplies easy. While forklifts have been around for just over a hundred years now, humans have always had a need to lift heavy things. So, how did we move heavy loads before the invention of the forklift?

Think about all the large things that have been built throughout history. You can be sure that a forklift would have been helpful for moving the heavy materials. The construction of well-known landmarks such as the Pyramids of Giza, the Great Wall of China, and even the Cathedral at Notre Dame were all built using heavy materials and no modern machinery. How were these completed without the modern forklift? The answer is manpower. Many of these structures were constructed using many, many men. Ramps and simple devices like rolling logs were used to reduce friction and easily move heavy objects from the ground to higher places. This method was labor-intensive and was likely the reason that ancient rulers used forced labor to build their monuments.

As we moved into the Industrial Revolution, the storage of larger quantities of items became necessary and the warehouse as we know it came into being. Much like today’s warehouses, early warehouses were filled with stacked and shelved items. Over time, we learned more about physics and the advantages of simple machines like hoists and pulleys. These simple features were commonplace in the early warehouse. They had their limitations, however. Most hoists and pulleys could only lift heavy loads a few feet off the ground, and their side to side mobility was limited or even non-existent. Early warehouse workers were still heavily dependent on manpower to move objects. This also limited the height of stacks and shelves. Usable space in the warehouse limited as well.

There is the saying that “necessity is the mother of invention.” The modern forklift was developed out of a necessity to more efficiently and safely handle materials like munitions and bombs during World War I. The early forklift, or lift truck as it was called, had no forks and used a hydraulic pulley system to lift loads and move them from place to place. These lift trucks, while still limited in their height of reach, made moving freights much easier. In 1917 the forklift as we know it came to be, thanks to Clark and the axle moving machine. This forklift was the predecessor to all modern forklifts.

The modern forklift is a marvel of human invention and engineering. It has made moving and lifting heavy loads nearly effortless. However, they are not without their dangers. Just like lifts of days gone by, forklifts can be dangerous. It’s essential that every warehouse uses a well-established training and certification program for their forklift operators. Modern forklifts make warehouse jobs easier, but with so many new features, an untrained operator can be as dangerous as a man trying to lift a heavy load with just a rope and a pulley.

Check out the forklift training kit from ForkliftCertification.com.